Today was the annual Christmas Bird Count in Hawaii. I’ve participated in a few of these over the years but never in Hanalei Valley where I was stationed today.

As you may know, the event is hosted by the Audubon Society, getting its start in 1900 during the early days of the conservation movement. Because I didn’t know much about the history of the event, I flitted over to the organization’s website to do some research.

Apparently, prior to the 20th century, a holiday competition known as the Christmas Side Hunt was popular, in which hunters shot as many birds as they could. It just so happens that only months before, the last known passenger pigeon in the wild was sighted. And shot.

According to the Chipper Woods Birds Observatory, at one time, the passenger pigeon was probably the most populous bird on the planet. Population estimates ranged from 1 billion to 4 billion individuals, comprising up to 40% of the total number of birds in North America. Let that sink in. Its range covered the primary forests east of the Rocky Mountains. Their flocks could darken a sky for hours and days and were estimated to measure a mile wide and up to 300 miles long. Let that sink in, too. That would have been in the mid 19th century. The very last passenger pigeon, Martha, died in captivity in 1914. That’s a short span of time to go from billions to zero.

In response to all this killing of birds, ornithologist Frank M. Chapman devised an alternative–the Christmas Bird Census. That first year, twenty-seven birders participated in 25 locations, tallying some 90 species. Nowadays, tens of thousands of people participate. Last year, 2,403 different species were counted. The data is used to study the status of bird populations across North America.

I spent the morning traipsing through mud and, on occasion, tall, wet grass in and around the taro fields of Hanalei Valley. Not a bad assignment. Not bad, at all. There were other counters in other areas. I haven’t heard the final tally yet, but the majority of our birds were Hawaii’s endemic and endangered waterbirds–the cute and scurrying coots; the stately moorhens; honking ducks; brooding geese; and slender and long-legged stilts.

But due to a sore shoulder, I didn’t carry my Big Girl Camera. In fact, I’m pretty sure my shoulder troubles stem from lugging the new-to-me, super-serious, super-telephoto lens around the past couple months. So, I didn’t snap any bird photos today. However, when I was still hefting The Beast around, I snapped this series of shots of a Laysan albatross taking off.

Laysan albatross, as you know from reading my meanderings, are a long-winged seabird that spend most of their lives soaring over the ocean. Hence, their legs are positioned toward the backs of their bodies, making them as aerodynamic as possible. They are, you could say, front heavy. Their walk is slightly awkward, leading to the nickname given to them by military personnel at Midway–gooney bird. For what it’s worth, I do not like that nickname. It is not accurate. Not at all. It does not come anywhere near capturing any of the bird’s unique characteristics. It doesn’t speak to their grace in the air. The way they can soar across oceans with only a few beats of their wings. Or the fidelity they display to their mates. Or the amazing built-in GPS in their brains that allows them to fly tens of thousands of miles over several weeks and, then, land on a dime next to their chick awaiting a meal in its nest.

I digress. What I want to share is how they take off.

When the winds are blowing like the last couple days, all a Laysan albatross has to do is spread its six-foot wings and pop into the air. But when the winds back off, it takes a little more effort to get airborne. Their paddle-like feet slap at the ground as they run and flap their wings. It looks like this. Scroll down really quickly to get the general idea;-) 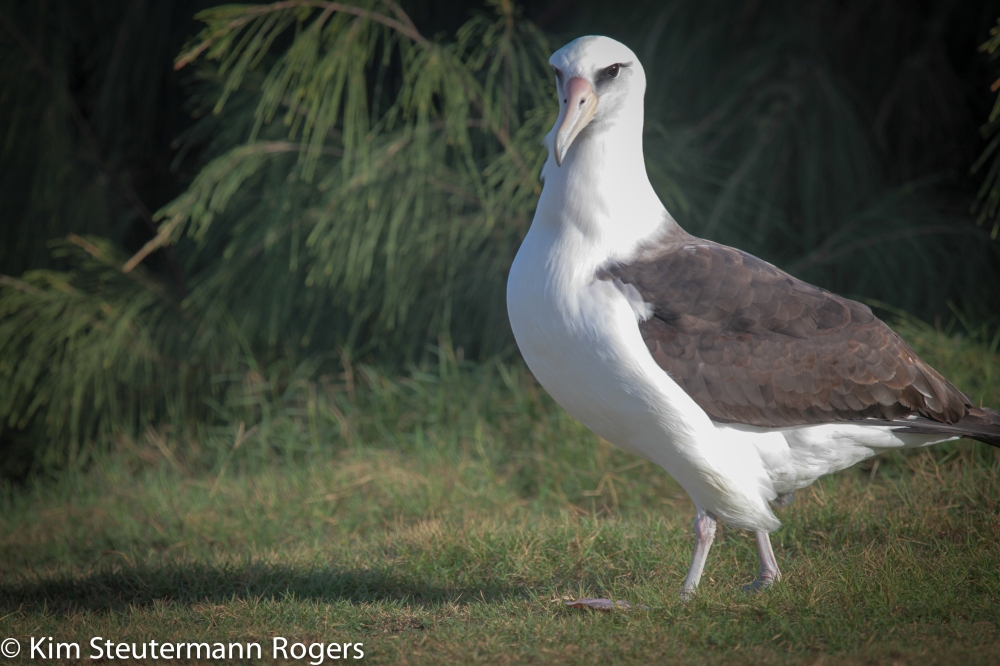 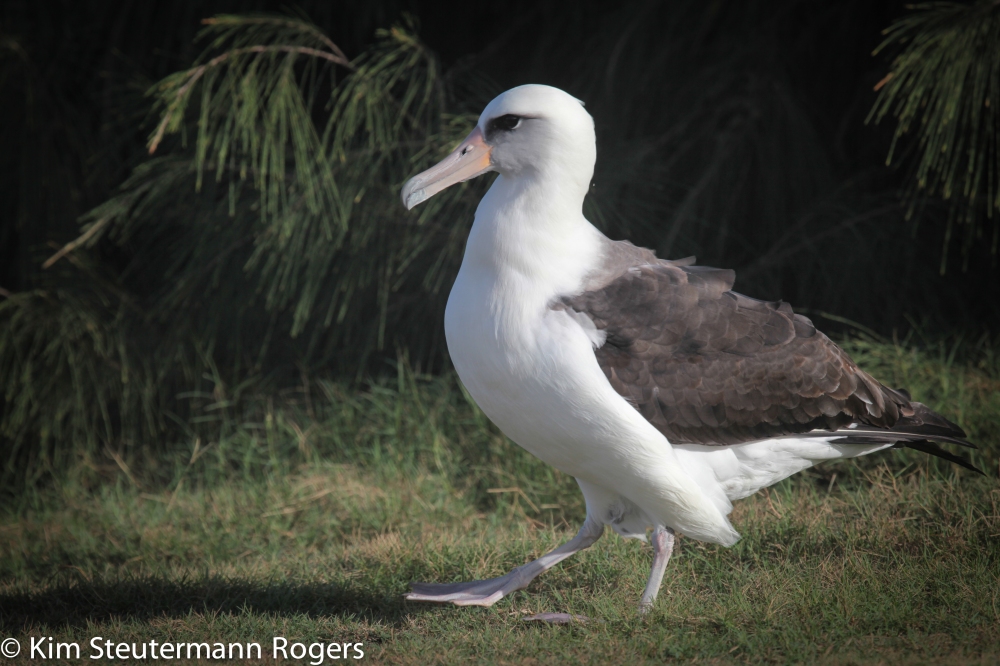 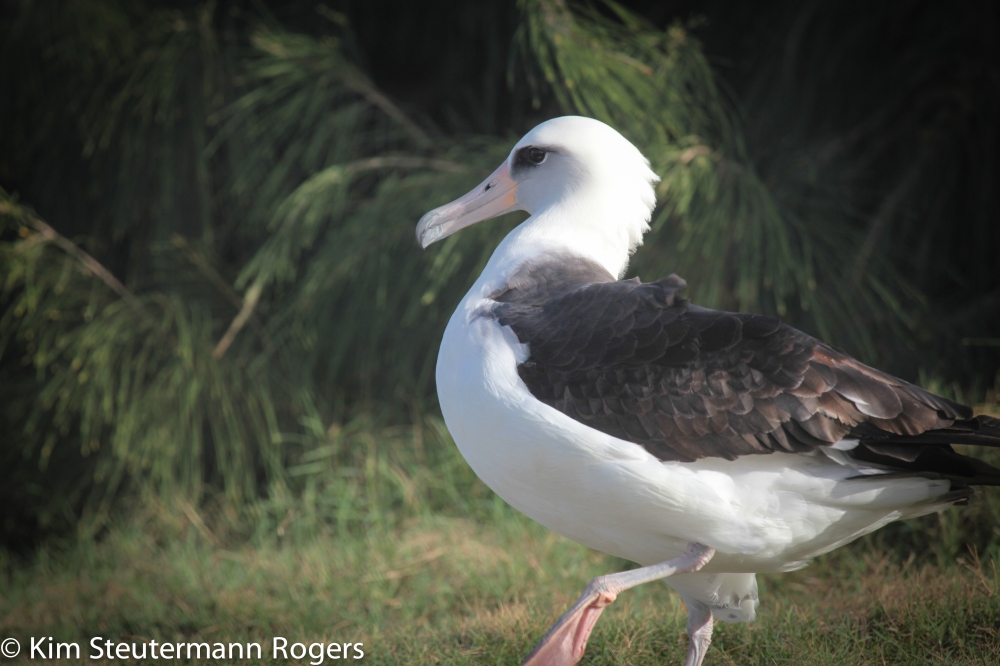 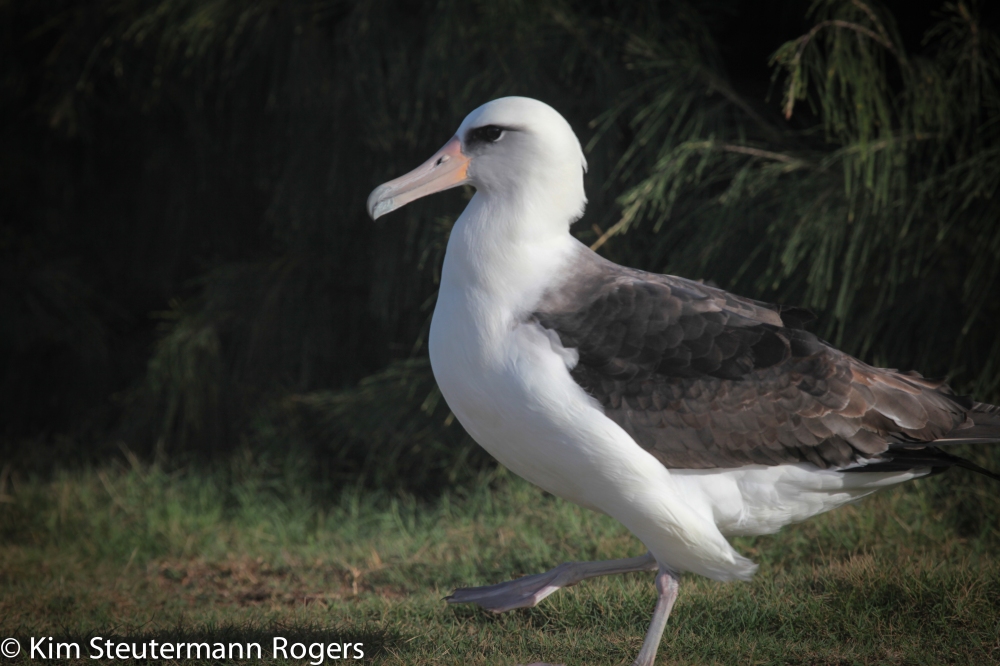 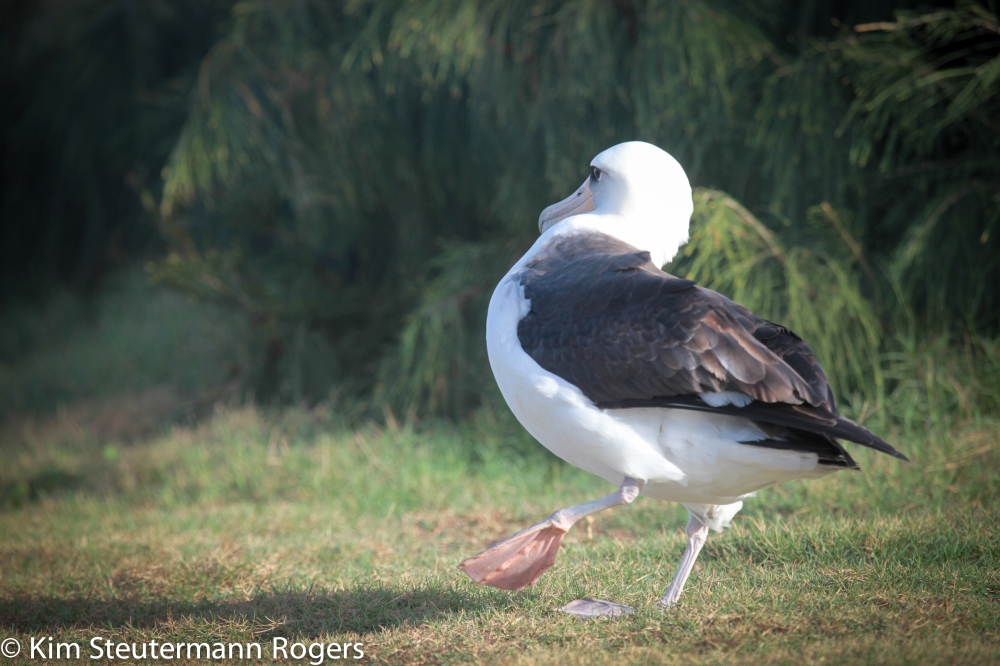 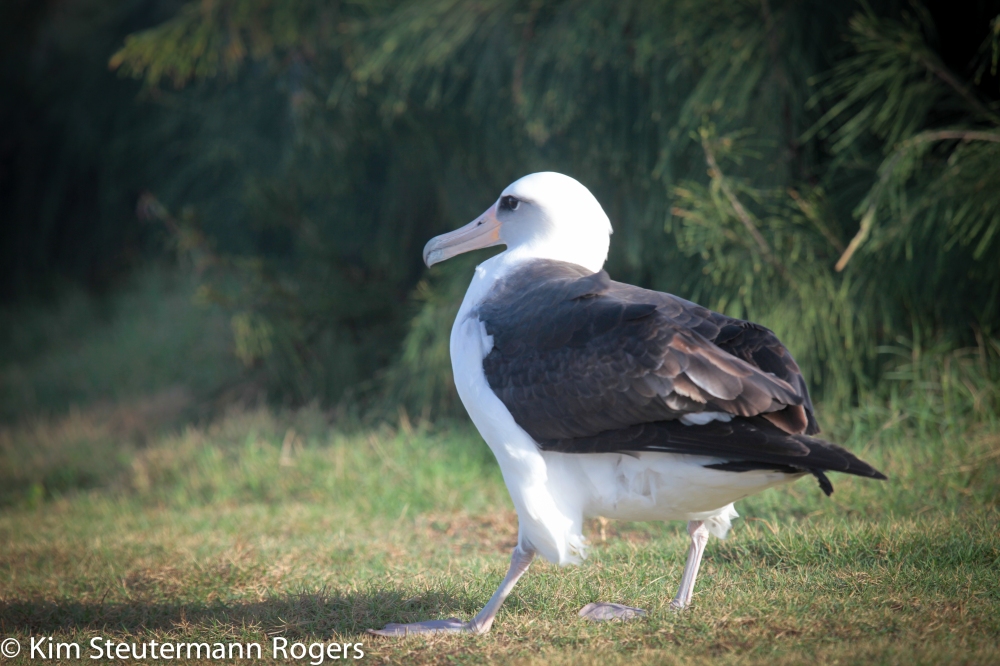 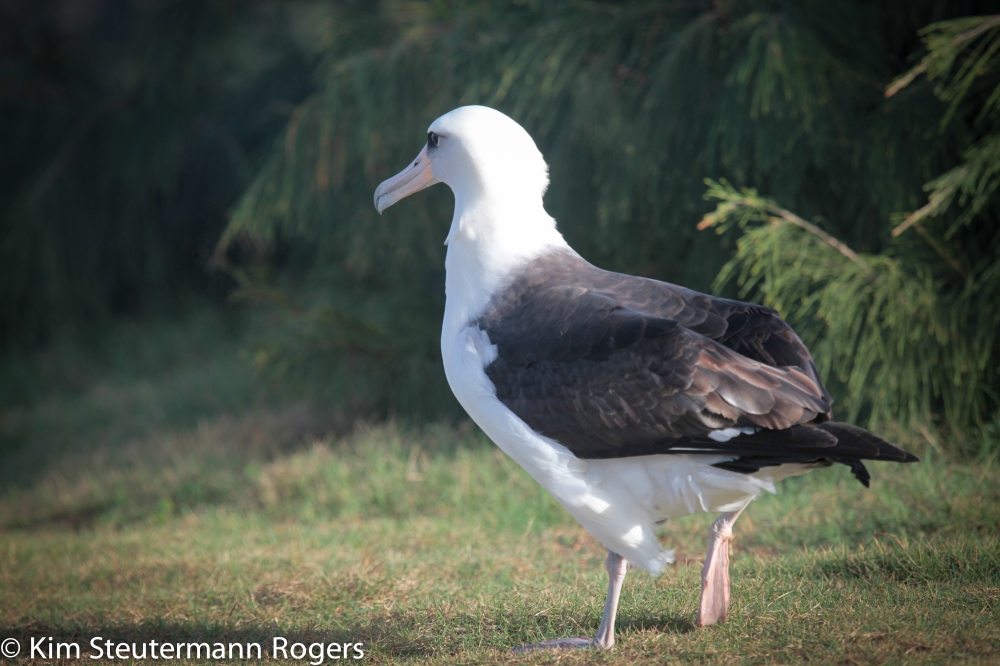 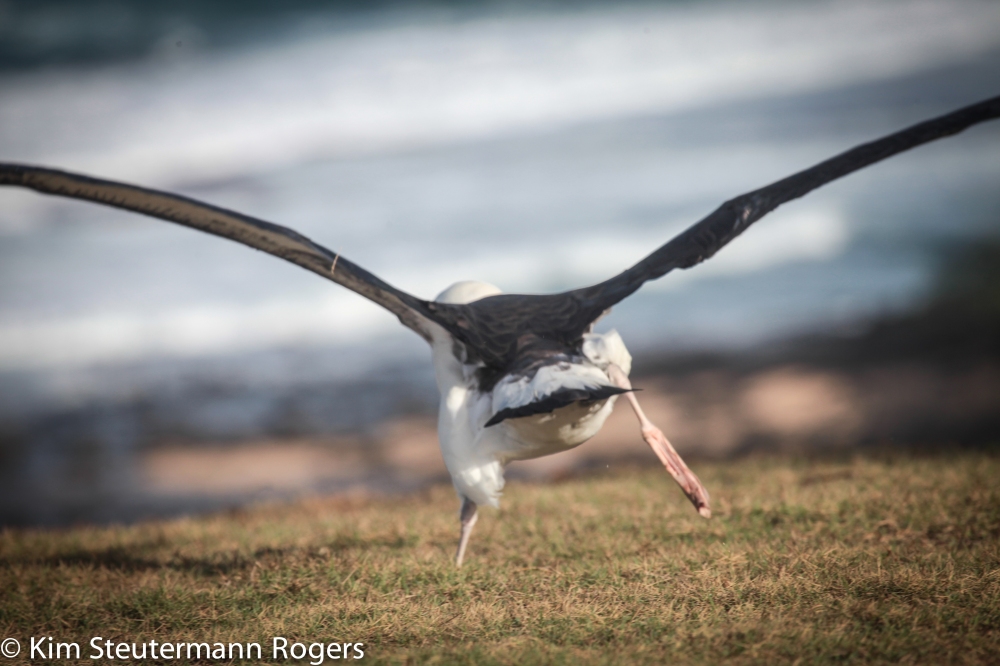 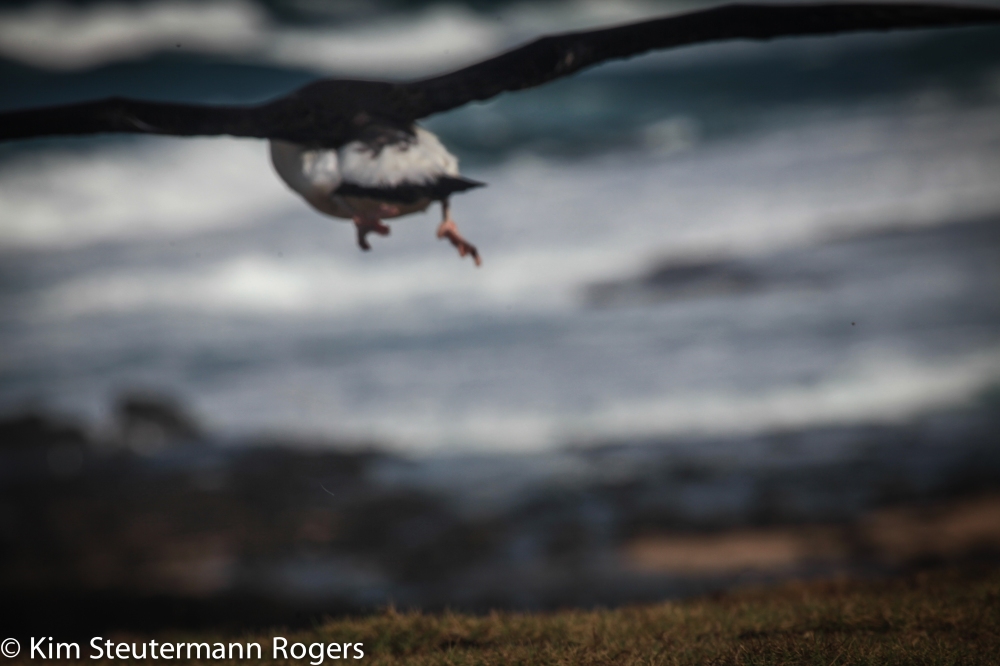 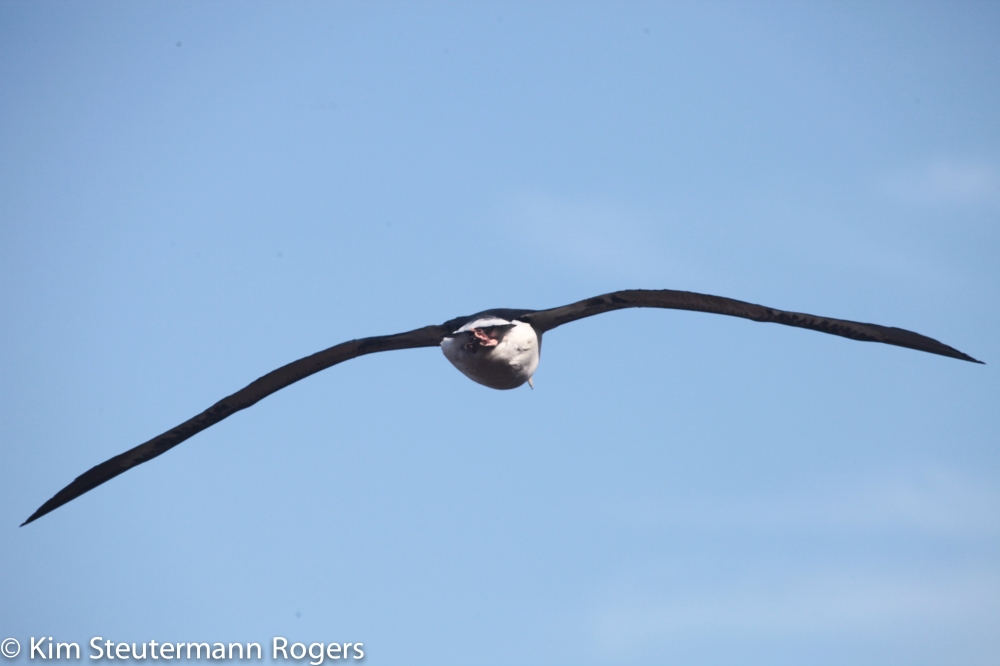 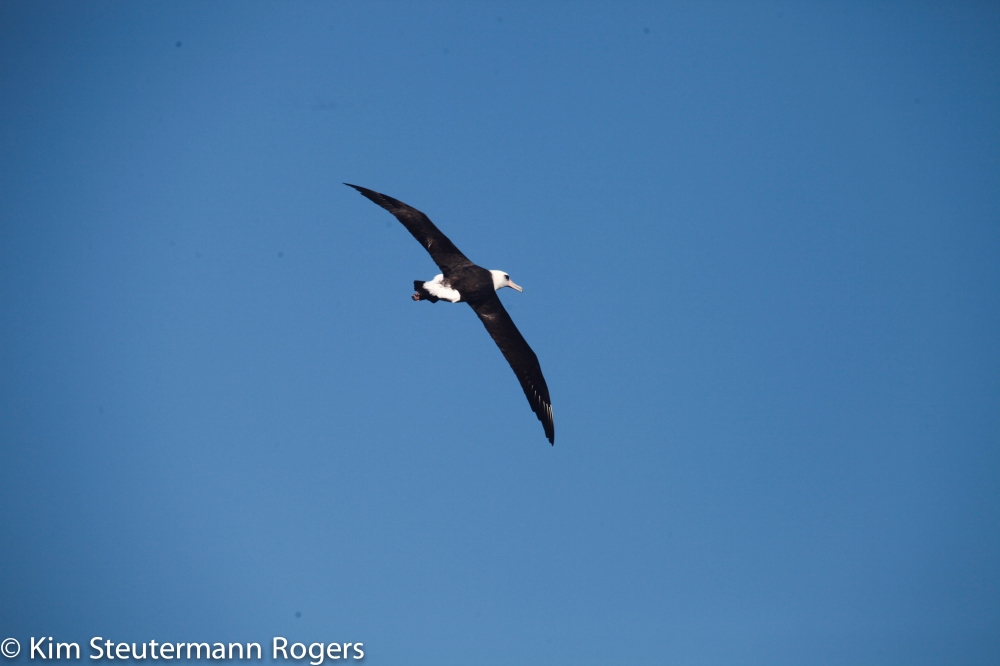