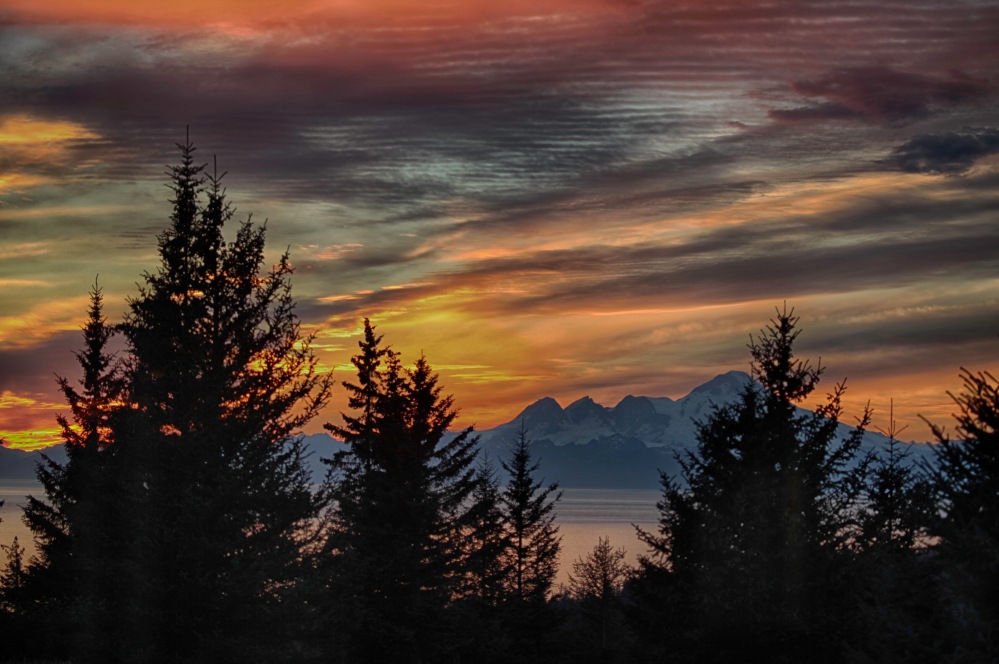 It’s a rare day when the phone call comes. The phone call. The one that marks a before and after. When the phone rang that day for me, I remember glancing at my phone and seeing a number I didn’t recognize and “Alaska” as the caller’s location. Immediately, names started cycling through my head. Who did I know in Alaska at the moment? There was Elise. And Elisa. Possibly Jonathan. Maybe Brenda. Megan and Darren. Many of the field biologists with whom I’ve helped or written about spend summer field seasons in Alaska.

I must have answered the call with some hesitation in my voice, because the caller said, “No, I’m not a telemarketer.” It was Erin Hollowell of Homer, Alaska, executive director of Storyknife Writers Retreat. It took a second for my mind to get off the names and faces of biologists I knew. If I wasn’t skeptical before, thinking she was a telemarketer, I was when she said said something like, “I have good news. We’ve selected you to be our inaugural fellow.” I held my happiness in check, because I was expecting The But. You know The But, right? I kept expecting The But after every sentence. I expected it to go something like this, “We loved your writing submission. But.” Or, “We’d love to offer you that cabin in Alaska for a month where you can write your heart out. But.”

Even when Erin announced my name on the Storyknife website as their inaugural fellow, I still believed they had made a mistake. That they called the wrong Rogers. Or the wrong Hawai’i writer. 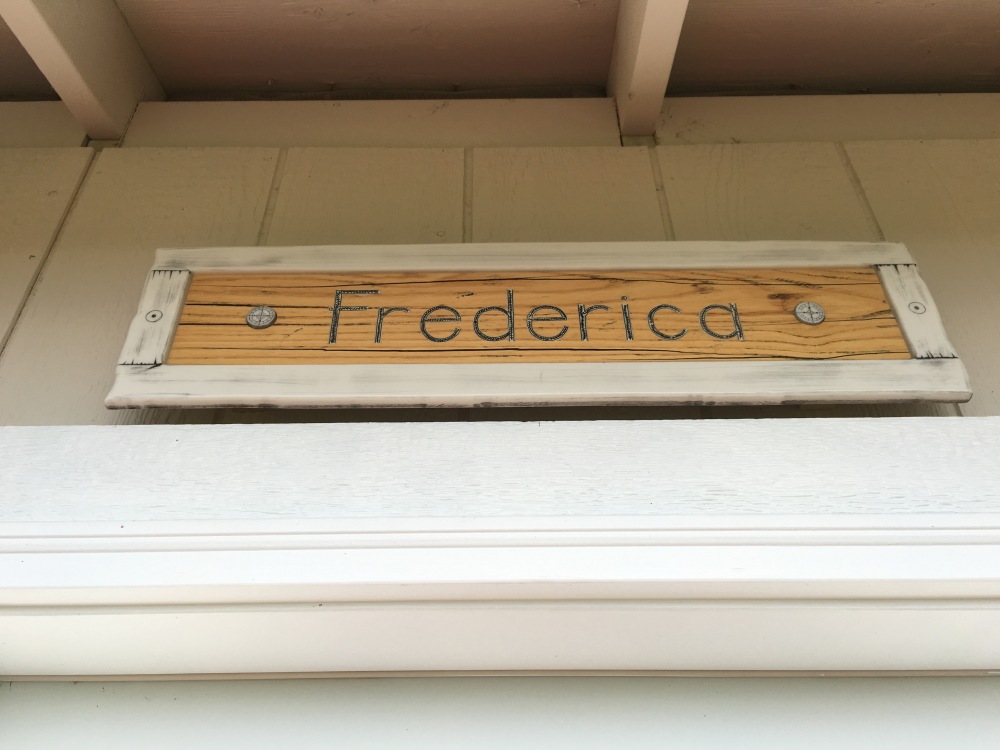 Storyknife Writers Retreat is the brainchild of writer Dana Stabenow, herself a writing retreat fellow—Hedgebrook—and so inspired by her experience, she vowed to create the same opportunity for other women writers. The result is Storyknife.

The goal is six cabins and a central house for writers to gather each evening for  dinner. Thus far, there is only one cabin, called Frederica, named after Frederica de Laguna, an ethnologist, anthropologist, archeologist, and writer. And I am in that cabin. Right now. Almost half-way through my one-month writing residency in Homer, Alaska. Alaska, I say!

Long after the announcement had been made, I still believed they made a mistake, but I didn’t care anymore. I was going to Alaska. I was going to write. Write that damn book about that bastard Mark Twain. The book that’s about my search for Mark Twain’s lost notebook in Hawai’i. But it’s really about place attachment.

And I am. But I’ve also enjoyed the rusty-hinged call of Sandhill cranes. The brief sighting of a moose munching in someone’s yard. The Homer cultural experience known as Burning Basket—in the pouring rain. The reflection of snow-capped mountains on still waters. Glaciers. Juvenile bald eagles. Magpies. A vibrant Homer Bookstore. The chockfull of used books, Old Inlet Bookshop. I’m wearing a sporty, new hat by a woman named Jen and drinking my tea out of a mug forged in a wood-fired kiln. And I’m inspired by a community of Homer writers who have invited me into their homes for dinner, including, thus far, Dana Stabenow, Erin Hollowell, Nancy Lord, Tom Kizzia, and Linda Martin.

My gratitude is huge. Please read all their books.

What’s more: I am writing. My little heart out. 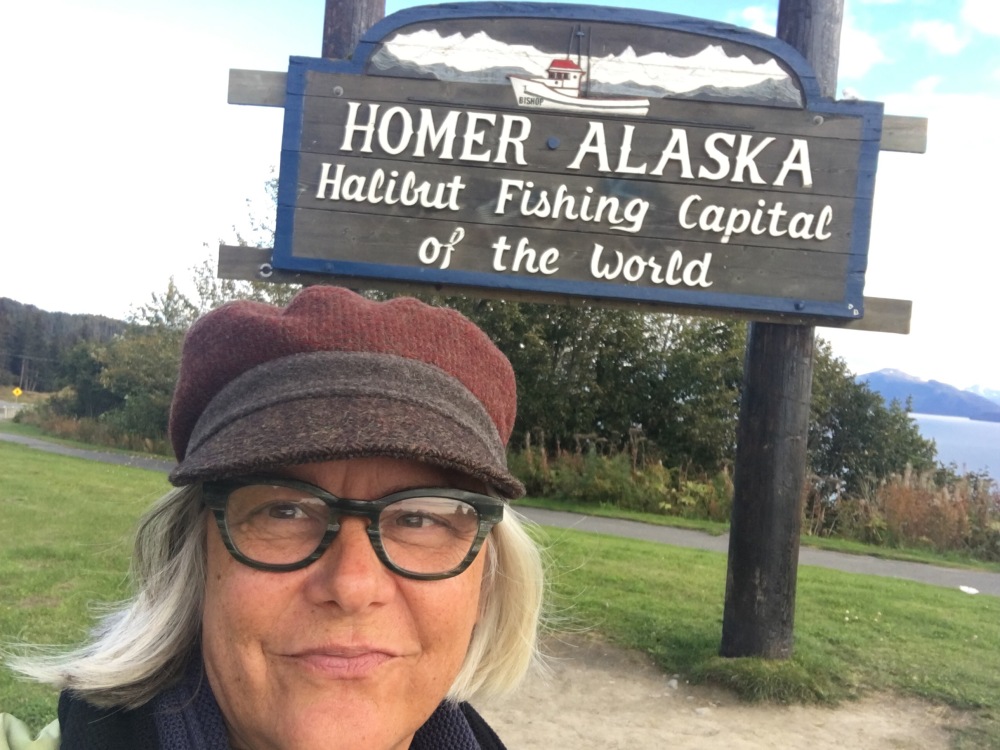 My days go like this: Rise. Read something. Sip tea. Write by hand in a notebook. Power up the laptop and enter the world of Mark Twain and Hawaii in 1866. Then, maybe eight hours later, go for a walk. Or to dinner. And then, resume the writing until I see the light go out in Dana’s house across the field. Sometimes, that’s near midnight. I love that light, knowing there is someone else over there doing the same thing I am: Churning out words.

Now, I’m going to close my laptop and resume reading my cabin’s namesake’s mystery, Fog on the Mountain. Tomorrow, and for 15 more days after that, I’ll get up and start all over again. I couldn’t be happier.