“Activism is the rent I pay for living on this planet.”
Alice Walker

This week on Kauai, a whiff of white ginger caught me unawares while I was walking my two dogs before bed. My head whipped around as if I’d seen an old friend in a crowded airport. “It is you,” I said when I zeroed in on the blooming stalk beside our outdoor shower. “I thought so.” My husband’s favorite fragrant flower is plumeria; mine is ginger.

Also, blossoming this week are decorated bed sheets congratulating high school graduates. They’re appearing on fences along Kapaa, and between palm trees in Kilauea, and just about anywhere there is a high school senior, which is all over the island. 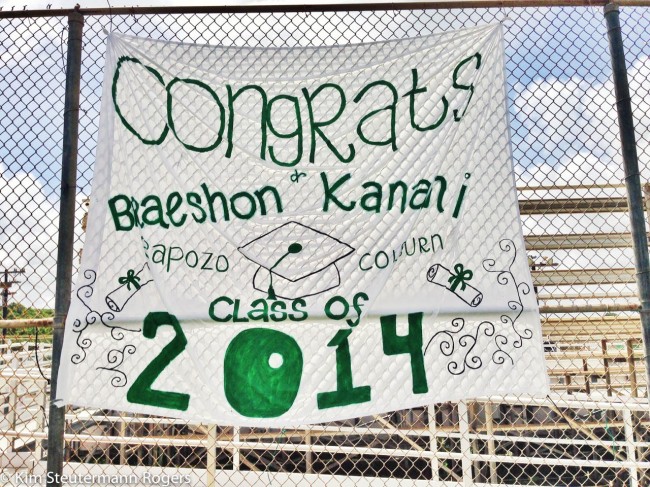 Laysan albatross chicks are just days away from fledging–their own kind of graduation–and are regurgitating something called a bolus. Think: cat hairball.

For the past four months, diligent Laysan albatross parents have been crisscrossing the North Pacific in search of squid and fish eggs and other goodies that might be floating on the surface of the sea. They scoop these up, their biology designed so they digest some of what they ingest for themselves and save the rest for their offspring, waiting patiently at its nest site, hundreds, possibly, thousands of miles away. After a few days, maybe even weeks, the parent returns to feed its chick by regurgitating the culinary treats tucked away in something like a side pocket of the stomach. Early on this comes up in the form of a protein-packed smoothie. Or, some say “golden nectar,” for its sunset-colored oily viscosity. As the chick grows and its biology develops, chunks of squid and fish and whatnot will go directly into the chick’s eager, awaiting bill.

But not everything is digestible. (Back to that hairball analogy.) Squid beaks, for example. 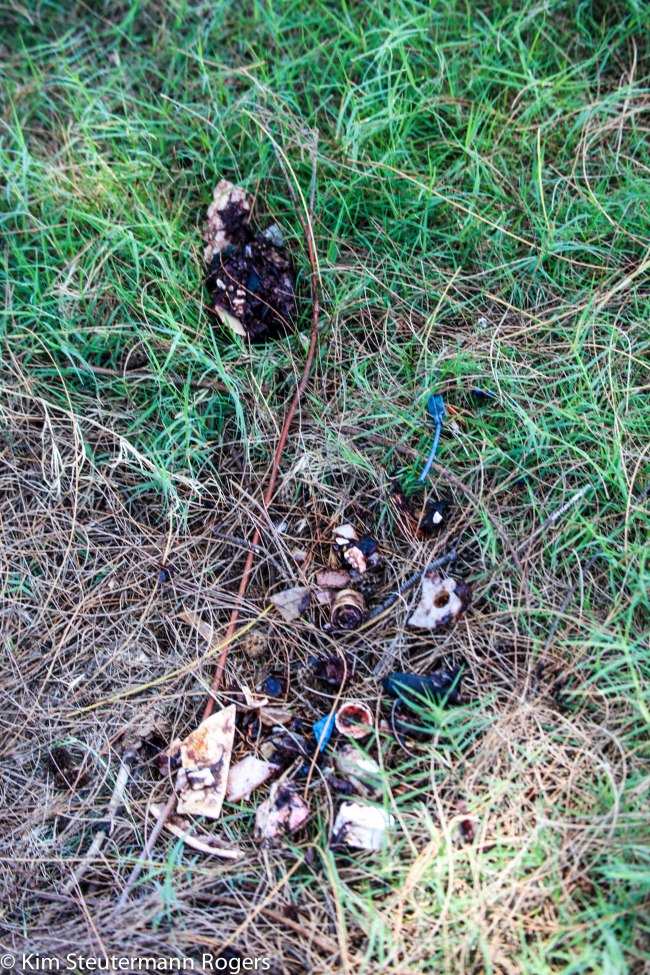 I’ve seen all this and more.

I’m not saying every parent ingests all these things and feeds it to its chick.

And not every chick has a heavy load of plastic in its belly, although those nesting in the Northwestern Hawaiian Islands are thought to have more than ours nesting on Kauai, because, perhaps, their parents forage in more plastic-rich waters further north. The North Pacific Gyre is infamous for its marine debris floating throughout the water column in a giant whirlpool-like effect.

It’s readily accepted that some amount of plastic resides in the bellies of every Laysan albatross in the class of 2014.

Here’s the thing: Plastic breaks down. But it doesn’t bio-degrade.

And it’s getting eaten by our marine life—not just albatross—as shapes you and I may recognize like the cigarette lighter, as bits and pieces that somewhat resemble beach glass, and as microscopic particles in the water. In marine mammals and fish. In other words, in this great web of life in which we live on Planet Earth, plastic has entered our food chain. Now are you paying attention?

Most albatross chicks are able to dispel plastic chunks from their bodies in their bolus. But some chicks are dying from the plastic, because before their little bodies can develop the ability to cough up a bolus, their bellies are already packed with plastic. So much so, there is no room for squid and fish. And the albatross chicks starve to death with a full belly. Of plastic.

As I drive around the island this time of year and read names of our graduates on sheets and signs, I say a little wish, and it goes like this: May you be the one to discover an Earth-friendly alternative to plastic. May you be the one to find a way to clean up our rivers and oceans and world of the plastic debris out there. May you be the one to remind us that this big, blue and green marble called Earth is a treasure and should be treated as one.

Today is World Environment Day, and I invite you to say no to single-use, disposable plastic bottles; plant a tree; re-blog this post; claim your Mother of Nature status; take a walk in a park—and pay your rent for living on this planet.

Tell me how you “mother nature” in the comments below. It’s worth it, don’t you think, to take care of our environment like it’s our living room? Because it is.

(And with that, she steps off her soap box–really, why do you get me started like that–and heads out into the sunshine to survey Laysan albatross chicks.)