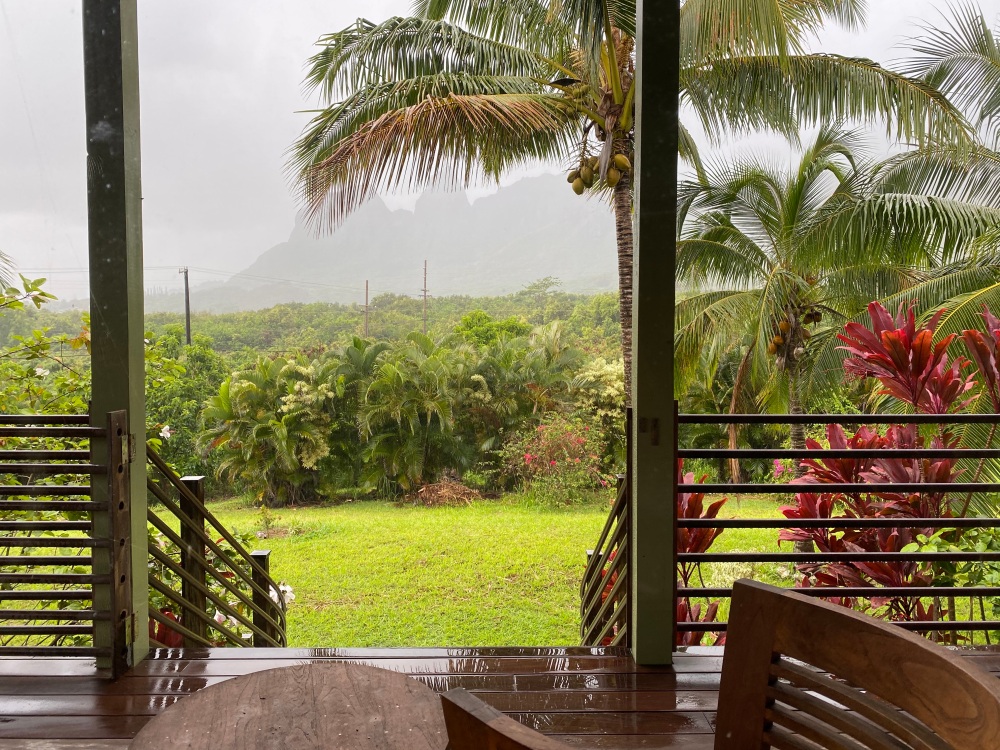 The mountain across the street was nearly invisible this morning as overnight rains threatened to overtake the weekend. Luckily, the rains stopped soon enough, and we were able to complete our afternoon walk without getting wet.

Yesterday, Lulu and I drove to Poipu on the south shore. It was work-related, but I took the opportunity to do a bit of a drive-about to get a feeling for one of the (usually) busiest tourist destinations on the island, and because we were driving by Costco, I popped in there, too.

Here are some observations:

But what I really want to know is this: Who has the bleeping toilet paper!

Hawaii reported three new cases today for a total of 631. None of those new cases came from Kauai. We’re still at 21.